We have the first major bit of news to pour out of CTIA Wireless 2010 now, as Motorola has just announced a brand new Android handset. It is called the i1 and will be released in the Summer.

As reported from Pocket-Lint, the all important carrier is Sprint – meaning that Sprint customers are starting to get a very healthy collection of handsets, dont forget the HTC Supersonic is expected soon too.

As for the i1, it is said to be the world’s first Push-To-Talk Android phone. Other features include a 3.1-inch touch screen, 5 megapixel camera, WiFi, Adobe Flash, 2GB of removable memory and Opera Mini 5.1 browser.

The bad news? It will come with Android 1.5, not 2.1. Let us know if you’ll be picking up the i1 or not. We’ll inform you when we know pricing details. 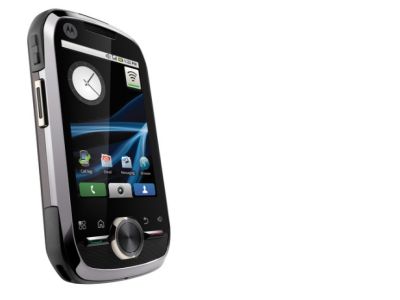