Following on from the recent Motorola tablet showing, in which Google’s Andy Rubin demoed Android Honeycomb on the device at All Things Digital, we have an update for you now as a list of new specs have been revealed.

As reported from Engadget, new ‘blurrycam’ images have appeared online, showing the Motorola tablet in all it’s glory, although we still can’t confirm if the device will be named the Stingray as previously rumored.

What we do know though, is that Verizon definitely has a tablet on the way, as one of the pictures shows a Motorola logo, and also a Verizon logo in the top left and top right hand sides of the device.

More importantly, the person who obtained the images has given out some specs of the device. They include a 1GHz Tegra 2 T20 processor, a 10-inch 1280 x 800 multitouch screen, a gyroscope, 512MB of RAM, 32GB Internal, a 3.5mm audio jack, Micro-USB port and mini-HDMI connector. 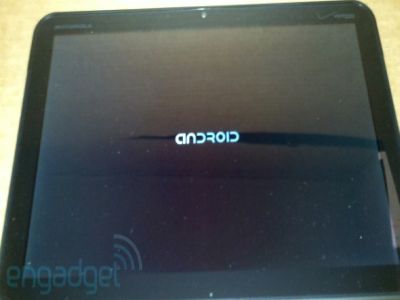 You can also see in one of the images that the device will also have a front-facing camera for video chats – which is always nice. We’re hoping that this device will also have support for Verizon’s 4G LTE network, as that would seriously give it a major incentive for consumers to pick up – what do you think?

The pictures are up at Engadget, have a look and let us know your thoughts on this upcoming tablet from Motorola.