We have yet another unannounced Android-based handset to show you now, as a mysterious flip phone from Motorola has been leaked. We have specs and the first pictures to show you now.

As reported from Phandroid, Motorola’s new flip phone is thought to be running Android 2.1 on top of their MOTOBLUR service. There is still no ‘code name’ that has been associated with the device, but I’m sure one will land sooner or later.

Here is the specs that have been rumored so far for the device: It will pack a 5 megapixel camera, dual 3G-capabilities, and 720p HD video recording. As for the flip case you can see, Phandroid states that it appears to just protect the phone’s display and doesnt offer any other functions – yet.

What are your thoughts on the device? If I’m being honest – it looks pretty ugly. I know there are other handsets I’d much rather have in my pocket than one of these.

Take a look at the pictures for yourself through the link. Do you like it or not? 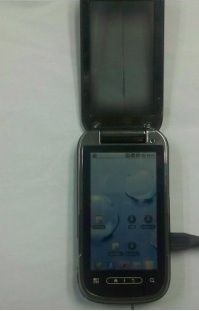 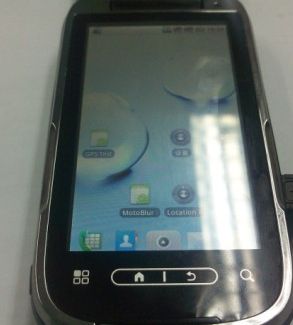