We have some good news for Verizon fans now, as we have just heard details on a new, unannounced phone that will be on the way to Big Red in 2011. It is another 4G LTE–compatible phone and will be similar to a model heading to AT&T.

We recently told you that AT&T would be getting the Motorola Olympus, a Tegra 2 powered smartphone with a huge 4.xx display screen.

Well now, BGR has dropped a big hint that Verizon is also getting the same handset, although it will be known under a different name – the Motorola Etna. According to BGR, the display screen is ‘beautiful’ and will definitely have support for Verizon’s speedy 4G LTE network which will become a lot more mainstream throughout 2011.

Furthermore, BGR adds that the Etna is due for release on Verizon during February or March – not too long when you think about it. There is a picture below courtesy of Gizmodo, and you have to agree that the handset is looking pretty lustworthy. 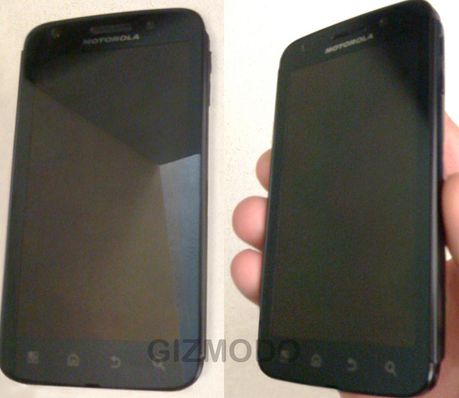 What are your early impressions of the Motorola Etna – would you buy one? We’ll bring you more spec details ont his handset as we get it.