It has now been over 6 months since the release of the Motorola Droid X, therefore it is unsurprising to hear that leaked details of the smartphone’s successor (the Motorola Droid X 2) are beginning to emerge, a recent article posted on Engadget lists some rumored leaked specs and also features what are said to be leaked photos of this highly anticipated device.

Before we list the specs we must remind you that these are unconfirmed, so don’t get too excited just yet. According to Engadget the Droid X 2 will feature the same 4.3-inch display and 854 x 480 resolution as its predecessor, however it will have a 1.2GHz single-core CPU and 768MB of RAM.

The Droid X 2 is rumored to be heading to Verizon sometime during Q2 2011, however there will be no LTE, with so many high-end smartphones being unveiled at Mobile World Congress 2011 this week the Droid X 2 isn’t really sounding all that appealing, in terms of design not a lot has changed either (see image below). 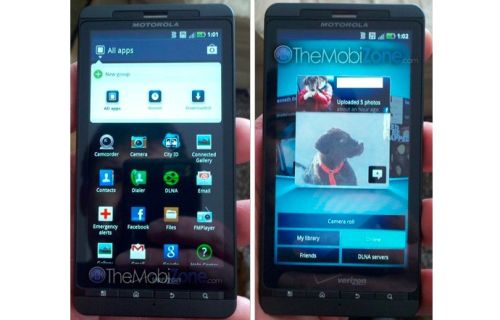 Hopefully we will hear some confirmed specifications sometime soon, the original Droid X featured a 1GHz processor, 512MB of RAM, an 8 megapixel camera, WiFi b/g/n and 8GB of internal storage, the rumored faster CPU and more RAM should mean that the Droid X 2 is an improvement, but many would want to see a lot more to make it a worthy upgrade.

Will you be buying a Motorola smartphone in 2011? If not, what manufacturer do you prefer?