Who would have thought how popular smartphones would have become a few years back? Well it looks as though they have certainly stamped their mark in the cell phone market, as has Motorola once more — who were in serious trouble a few years back. The Droid range has certainly helped the company get back to where they belong, and news of the Droid X 2 codenamed Daytona will help to further this comeback.

HotHardware has it on good authority that the new handset is coming, but they are unsure what the official name will be. They believe that the phone will not change much in its design — well not larger anyway. So we now know that there is to be a 4.3-inch touchscreen, but is expected to be tougher — maybe they will use Gorilla or Dragontrail Glass?

Then there is the processor, this is where there is some confusion, as there are reports that it will have a 1GHz dual-core Tegra processor. However, Debbie Turner from Online Social Media learned from Electronista that it could pack a 1.2 GHz instead — not certain if that will be a single or dual-core? 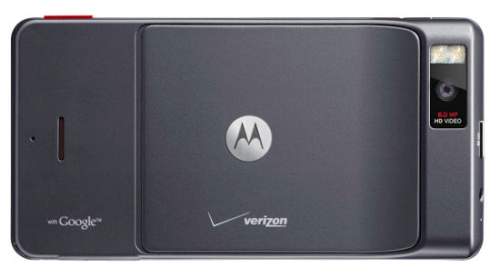 One would assume that it will come with Android 2.2, but if it is released later in the year, then maybe it could have 2.3 or later. As yet there are no release date or price details, but we hope that more will be revealed during MWC 2011. Android Police did report that the new handset will not have an LTE radio – so not 4G then?

Do you think Motorola will stick with Daytona or go with another name for the Droid X 2?