There have been rumors that we could see a battle between the Motorola Droid Bionic and the Targa, which is said to be the formers replacement. However, we have not had any evidence of this so we assume that both will be released. Pocket Now, who showed off a few images, leaked the news of the new handset. Some of the comments on the website link to the images, but we will not show any of these images for legal reasons.

Now it is all well and good that rumors of a new handset are good for us, but what about the Motorola Droid Bionic? We still find it hard to believe that the Targa is the replacement for the Droid Bionic, but stranger things have happened. If for some reason it is true, then we could expect to see an improved battery, as we know that there have been a few concerns in this area.

We cannot see why Motorola would do something as drastic as not releasing the Droid Bionic, as all they need do is make a change to the processor, which is what we discussed back on Wednesday. That is not all, there is also said to be a few other tweaks to the design that will make the handset much different to what we saw earlier this year. 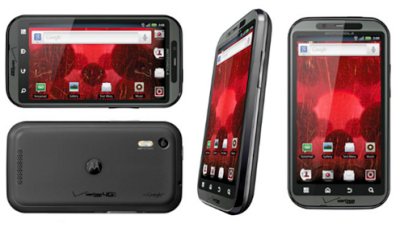 However, there is another possibility, the Targa could be the AT&T equivalent of the Droid Bionic, which is heading to Verizon. This makes more sense, as we have seen this kind of thing work well with the Samsung Galaxy S range. Remember that this is all speculation, but it is certainly food for thought.