We recently took a look at how the Motorola Droid Bionic compared to the likes of the iPhone 4, the HTC Thunderbolt and the Atrix 4G. So we thought we would take a closer look at the specs and see what the pros and cons were, and we can already see one that jumps right out at us, the 512MB of RAM.

The idea of having 512MB of RAM in a handset that also has dual-core processor is normally something that would get us exited, but the Atrix 4G with its 1GB of RAM has kind of spoilt that now. We have a quick video review of the specs of the Atrix 4G for you here. 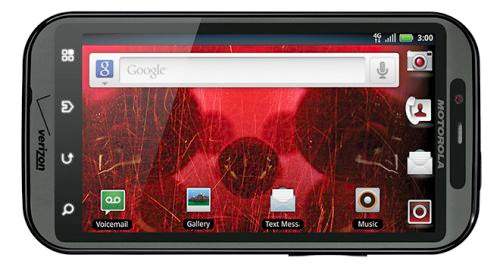 Another con that I can see has to be the use of 4G, as this has often had a drain of battery performance with other handsets in the past. We also worry that carrier will not be fully able to support the speeds, so you will be paying a premium for a service that you cannot take advantage of all the time.

The pros of the Motorola Droid Bionic – which was announced at CES 2011 along with the Xoom tablet is that dual-core processor that we previously mentioned above, as it could have a possible speed of 2GHz. Some people still believe that the iPhone 4 underperforms in the camera department, not so with the Bionic. This upcoming smartphone has an 8-megapixel camera at the rear, as well as a front-facing VGA.

Another positive for the handset is how they aim to tread into the BlackBerry market, by offering something for business users. The Bionic will come with corporate email, encryption capabilities, remote wipe and data security and much more. More details on this can be found on Motorola.com.

Do you agree with these pros and cons? Do you have any more to add?