We have some exciting news for Motorola Droid fans now, as some leaked pictures have appeared online, revealing that Motorola has plans to release a further three handsets at some point this year. Two of them are thought to be Droid branded, and the other one a separate 4G LTE device.

The pictures have appeared over at HowardForums, and it confirms that all handsets are made by Motorola and unsurprisingly, all three will run on Android OS. The first is meant to be the ‘Motorola Droid 3‘ and a picture of it can be seen below. 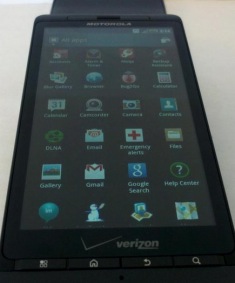 Unfortunately, no other details are mentioned, other than the fact that it has a QWERTY keyboard, although we can’t see this in the picture. A second picture showing the Droid X 2 has also been revealed, but this handset looks almost identical to the Droid 3, so we won’t bother uploading it here.

Finally, the most appealing picture comes from a handset known as the ‘Targa’ which information over at Howard Forums state is a 4G LTE device for Verizon. It looks like a lot like the LG Optimus 2X in our opinion, take a look at it below to see for yourself. 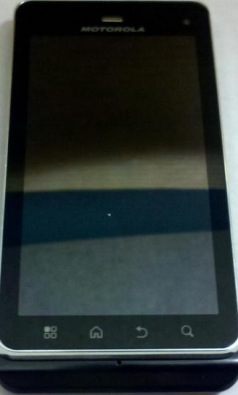 What are your thoughts on these leaked handsets? Until we see more information on them, don’t take this as an official confirmation that they’re coming just yet, but it does look promising we have to say. Hopefully we’ll get some spec details on the handsets so we can pick out which one is worth looking forward to the most.