Verizon is coming into 2011 with all guns blazing, as not only do they have the Verizon iPhone 4 now, but also another first for the company, there first 4G LTE handset. The handset in question is the HTC Thunderbolt, but that’s not what we want to talk about today. There are rumors that there is to be a Motorola Droid 3, which Phandroid suggests is just like the Bionic but with a keyboard.

There are those of you who feel that this is not a huge deal, but you only have to see how successful the Samsung Epic 4G was, as this was the slide-out QWERTY keyboard version of other Galaxy S handsets. OK, granted it did offer 4G speeds with the help on Sprint, but maybe the Droid 3 will do to — but do not hold your breath?

The first two Droid handsets have done very well, and it was the first handset of this lineup that started the close partnership up with Verizon; although we can see this being tested in the coming days, weeks and months now that the carrier has to keep Apple happy as well. 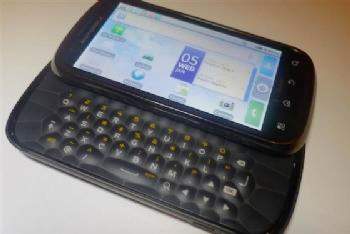 MWC 2011 is just days away now, and we just hope that Motorola will not only announce the Droid 3 but also the Droid X 2 as well. If and when they do announce these handsets you can be sure that they will do very well in sales; that is until Apple announce the iPhone 5, and possibly the iPhone Nano as well.

What do you expect from the Droid 3 in way of specs and a release date? Do you think it needs more than just a Physical QWERTY keyboard?