We have had talk of the Motorola Droid 3 for a while now, but specifications have been sketchy. But now we have news of more Motorola Droid 3 details being leaked, and with a possible June release but no LTE support.

Sean P. Aune from TechnoBuffalo is reporting that a reliable source has given them information on the Droid 3. It has been confirmed the handset will have a 4-inch qHD screen, and the keyboard has now got a fifth row of keys which will provide more dedicated buttons that users have been wanting.

The device will be using a dual-core processor which is currently thought to be the NVIDIA Tegra 2, but may be an OMAP. There will be an HDMI output to allow for HD video viewing. The main camera will be of the 8-megapixel variety, but the front facing camera details are not yet known.

It is thought the Droid 3 could be released sometime next month, but one feature the phone won’t be having is LTE capability. This will be of some surprise to many considering Verizon are expanding their LTE service. 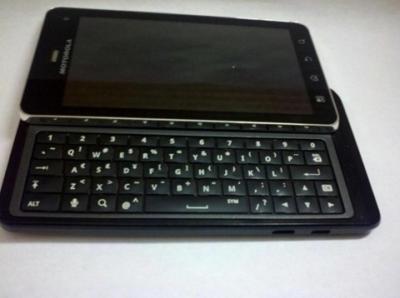 More details will surely become available in the coming weeks if it is coming out next month, and will give Verizon users another handset to choose from.