As most of you will be aware, the Motorola Droid 2 is now available to buy on Verizon, but we have what looks to be the first picture of the upcoming, special edition R2D2 version of the Droid 2.

As reported from Engadget, the picture has come courtesy of a user on Twitter, and gives us a full glimpse of what Verizon will be unveiling at the Celebration V conference later on today, which will be heavily Star Wars themed.

As you can see below, the Droid 2 has been given a complete makeover from the original, with a white paint job topped up with R2D2’s famous characteristics in blue.

Do you think it is better than the original though? You may argue that it isn’t, but sometimes it’s good to be different isn’t it? Take a look and let us know what you think of it. 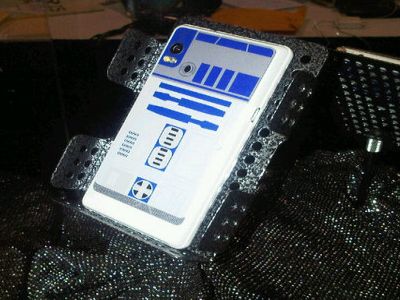