A recent photo posted on Droid-Life shows the Droid 2 soon after running the Quadrant benchmark, the device was taken straight out of the box running Android 2.2 and was not modified in anyway, the benchmark score it got was higher than any other Android device had scored previously.

Slightly behind the Droid 2’s impressive score was the Nexus One (Running Android 2.2), closely followed by the Motorola Droid X and then the Samsung Galaxy S, obviously one benchmark test doesn’t prove that the Droid 2 is faster than its competition, however it is a sign that the hardware and software is performing well together.

Below we have embedded the photo of the benchmark results, it is quite interesting to see just how much better the Nexus One performs with Android 2.2. 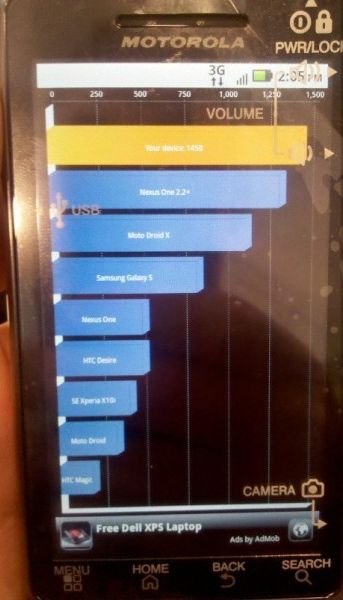