If you’re like me, when watching TV you’ll tend to turn over during the adverts. For those that like to watch the commercials in between their favorite TV programmes, you may have spotted the Motorola Atrix being aired as ‘the world’s most powerful smartphone.’ If you haven’t then you won’t get to see it from now on as it has been banned by the ASA.

The Advertising Standards action began after a couple of viewers claimed the Samsung Galaxy S II has a speedier processor making it technically more powerful than the Atrix, meaning Motorola’s claim was a little farfetched to say the least. The company tried arguing in their ad’s defense claiming the various devices it can be partnered with, like the cloud and dock, makes it the ‘most powerful.’

According to PCR, Motorola also said that the Atrix was capable of providing cloud-based computing support, powering a full virtual Windows desktop with Citrix account and a full desktop browser, when plugged into the LapdockTM or their unique HD dock. The ASA were still inclined to disagree that these arguments justified their ‘world’s most powerful smartphone’ statement however.

The ASA came to the conclusion that most people that would have watched the advert would have understood the statement as being about the smartphone itself and therefore was a false claim which was in breach of several BCAP rules and should not be aired anymore. These rules that were breached are as follows; Comparisons, Exaggeration, Substantiation and Misleading Advertising.

Are you pleased to see that the Motorola Atrix Advert has been discontinued? 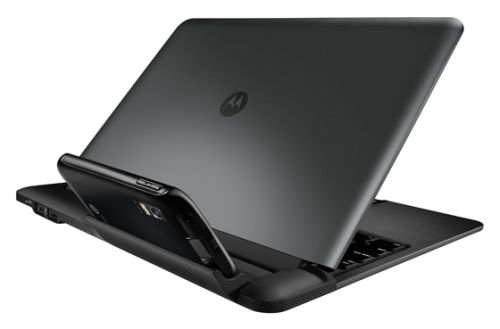