We have some great news now for those of you waiting to purchase the upcoming Motorola Atrix 4G on the AT&T network, as the carrier has just announced pricing details, its accessory bundles and a release date for the much-anticipated Android-based smartphone.

According to Eric M. Zeman over on the phonescoop.com website, AT&T will be making the Motorola Atrix 4G handset available for pre-order as from February 13th. The device — which then launches on March 6th — will cost $199.99, with a new two-year service agreement.

As Peter Chubb previously mentioned here, Motorola revealed last month that a Laptop Dock would be available upon the Motorola Atrix 4G’s AT&T launch, although no pricing details were given. However, AT&T has now released details on not one but two accessory bundles. 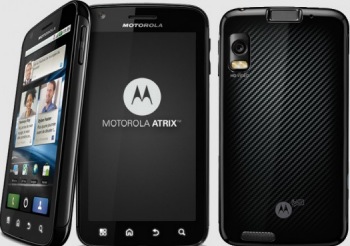 The first bundle — which cost $499 after a $100 mail-in rebate — includes the Atrix 4G handset and the Laptop Dock accessory, but does require a tethering add on and a subscription to AT&T’s Data Pro smartphone plan. The laptop dock can be purchased on its own for $499.

Customers also have the option of a second bundle, which will cost you $189.99 and comes with a Motorola HD Multimedia Dock, a Bluetooth keyboard and mouse and a remote control. If you’d prefer to buy the HD dock separately, it will cost you $129.99.

As Bonnie Cha over at cnet.com recently reported, the laptop dock accessory allows users to connect their Motorola Atrix 4G smartphone to a laptop shell, enabling them to send emails, view media and browse the web on a larger screen and with a bigger keyboard.