When companies such as Motorola announce a new device, they do not normally offer details on accessories right away. However, that is just what they have done with the Atrix 4G on AT&T, as it will come with a Laptop Dock. It is said that this add-on will transform it from a Smartphone to a Smartbook.

Chris Ziegler from Engadget was on hand at CES 2011 to see both devices on show, and explained that all you need do is take the Atrix handset and dock it into the chassis. Now you will have a much larger handset with a physical keyboard — ideal if you need to do a lot of typing. 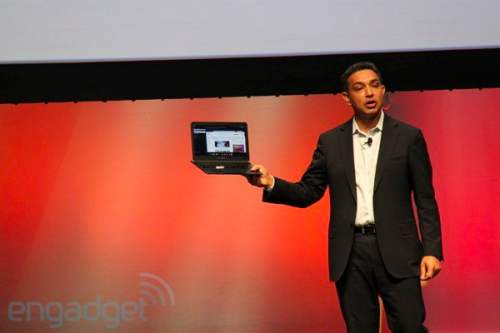 We do not have any information as to the price of the dock, but we cannot see it being cheap. Engadget have a few images for you of the Motorola Atrix 4G’s Laptop Dock, but do not expect to see much as they were sat too far away for any decent shots.

AT&T has now launched the official Motorola Atrix website offering spec details and, images and other details. You will get a 1 Ghz processor, 1GB or RAM, 5-megapixel camera, 16GB storage, and will run on Android 2.2. Androinica belives that the Atrix is a lot like the Olympus in specs, but very much different in looks.