Motorola has enjoyed success in the mobile industry, leading them to manufacture some of the most pioneering handsets in the market. While they may have struggled a little to begin with during the transitional period between mobile phones and smartphone, they now seem to have sorted their issues, producing hit devices such as the Droid RAZR and the incoming Droid 4.

Now the company has announced two more smartphones that they are to release, aiming for the entry and mid-level tiers as opposed to the higher-end of the market which they already have covered with the previously mentioned models. These budget bordering devices are the Motorola Defy Mini and the MOTOLUXE and are certain to be affordable for anyone who chooses to purchase either of them.

As Hindustan Times explains, there seems to be a trending pattern with the smartphone market of today and that is as the high-end devices get higher, the lower end handsets become more advanced, leading to everyone being able to afford smartphones with impressive spec levels.

As far as specs go you can make up your own mind with Motorola’s new devices as we run through some of the main features of both of them. The Defy Mini is a variation of the Defy and has a more rugged design making it dust and water proof. It also features a 3 megapixel camera on the rear, 512MB RAM, a 600MHz single core processor, runs Android 2.3 and has a 3.2” scratch-proof display with 320 x 480 pixel resolution.

The MOTOLUXE on the other hand features a more impressive 8 megapixel camera as well as 512MB RAM, graphics processor, 800MHz single-core processor, also runs Android 2.3 but has a larger 4” LCD touchscreen display which has a 480 x 854 pixel resolution. Both handsets are set for a spring release in Europe, China and Latin areas with no mention of a US release as of yet. Whichever of the two smartphones you go for you will certainly be getting your money’s worth.

What do you think of these two devices? Will you be purchasing either of them? 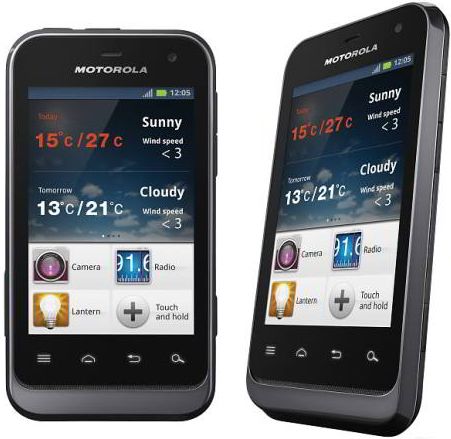 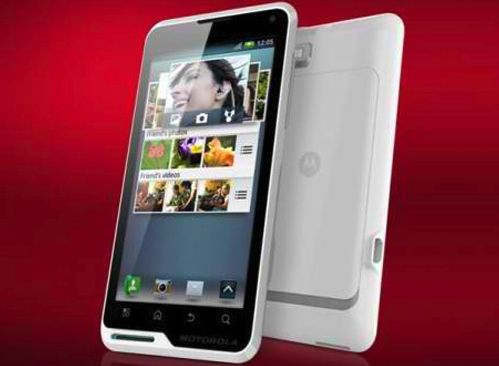