When it comes to mid-range smartphones, the Indian market is saturated with them, and now two more have entered the fray. In one corner you have the Moto X 2nd Gen from Motorola, and in the other there is the Redmi 1S from Xiaomi. It’s always a tough choice in this market and so we thought we would take a look at their specs to see just how they compare.

Sales of the Redmi 1S have been rather impressive, although this has led to disappointment for those of you who hade been hoping to get your hands on one. However, we are told that there is to be a flash sale for the Redmi 1S today, September 16th, and will no doubt eat into Moto G second edition sales.

Moto G 2nd-gen vs. Redmi 1S — Specs and features are rather similar, although there are one or two key areas where they both do better than the other. Take the processors, Phones Review tells us that the Redmi 1G comes with a 1.6GHz Snapdragon processor, whereas the Moto G 2014 edition sports a 1.2GHz Snapdragon 400 CPU, both of which are of the quad-core variety. 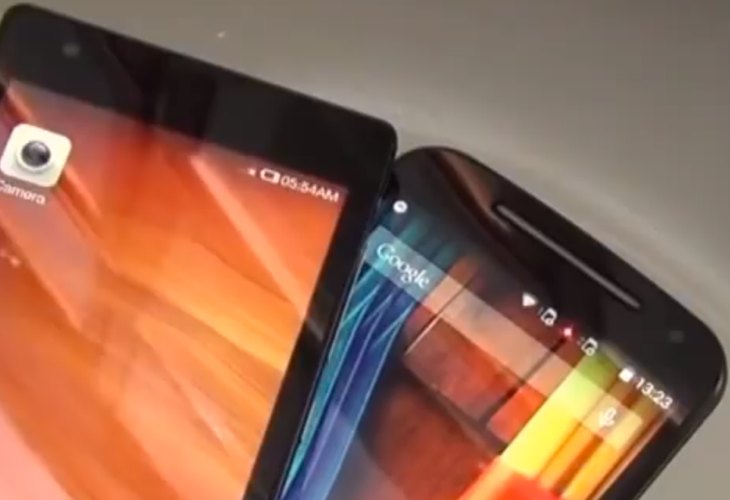 Both handsets make use of 1GB of RAM and 8GB of storage, although Motorola has also given people the option for a 16GB version as well. Both have an 8-megapixel rear-facing camera, although the 1S has a 1.8-megapixel front-facing camera, compared to 2-megapixel for the new Moto G second generation.

We could keep going and list all of their specs and how they compare against each other, but we thought it would be far better for you to watch a video comparison of the Moto G 2nd generation and Redmi 1S below.

Remember, the Redmi 1S smartphone has its flash sale today where you will be able to purchase the handset from Flipkart.com for Rs 5,999, although only 40,000 units have been put aside.