The Moto G was launched back in 2013 and this entry-level handset proved rather popular, but now it is time for Motorola to deliver something new, and that is the Moto E smartphone. The Moto E is different in the way that it is even cheaper, meaning Motorola aims to target an even wider market, which are those with even less disposable income.

So the two are very different devices, but as they are a long way off the high-end models, it was obvious that there would be several Moto E vs Moto G spec comparison videos on YouTube. We have found two that compare the sepcs of each device and see which offers the best value for money.

The first Moto E vs Moto G spec comparison video gives us a sneak review of the features of each handset, which are two of the best budget smartphones on the market. The E does have the edge in terms of cheapness, while not compromising too much on specs. 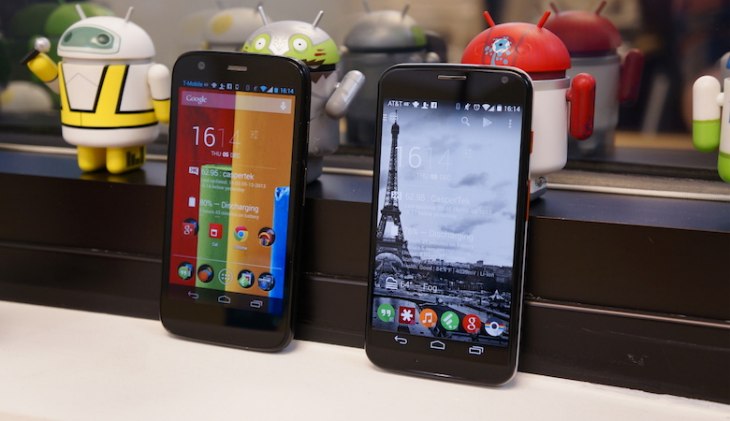 We can see that both the Moto E and G are similar in terms of design, although the older model is slightly larger and considering the E is cheaper, it doesn’t feel any cheaper than the Moto G.

Other features to get compared are the processors, both of which are 1.2GHz Qualcomm Snapdragon, but the E is a dual-core 200 model compared to the quad-core 400 chipset for the G.

This battle can go on for a while, and so it would be far easier for you to watch the two videos below. However, we would advise you that if you are looking for a budget handset with no frills, then go for the Moto E. If you wish to run more performance intensive apps, then you will have to go for the older, more powerful Moto G.