Following the announcement of Google Wear we were treated to a sneak peak of Motorola’s Moto 360, which is their first attempt at a smartwatch. At the time the details were limited, and so the product’s lead designer sat down for an interview, which is titled ‘It’s Time: Meet the Moto 360’.

Let’s get the most important details out of the way first, if you were hoping to learn the Moto 360 price, battery life and other such features, then you will go away feeling disappointed. However, if you want to learn about the design and some of its lesser features, then the review video below will prove enlightening.

The design of the Moto 360 is very different to many of the other smartwathes currently on the market, and this is the reason why Motorola has gone with the name 360 because it is round in design. The lead designer, Jim Wicks, says that this is the reinvention of the timepiece, and while in most cases this would be wrong, such as the Pebble, we have to agree with him when it comes to the Moto 360, as it has a classic, premium design — something you would not expect from a smartwatch. 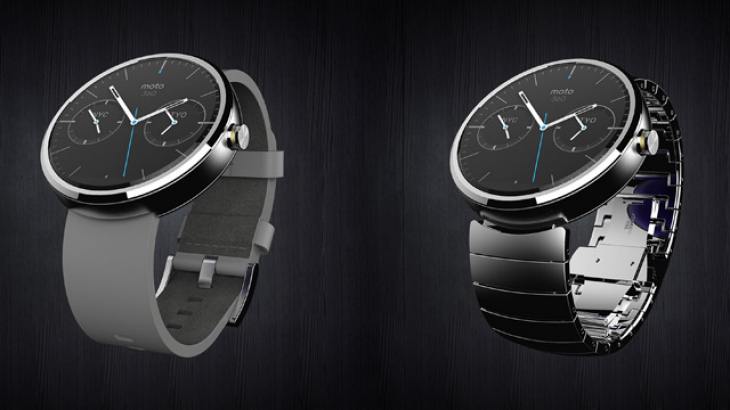 Going with the round design seems to have drawn a huge amount of attention, although for the most part it has been positive. Looking at the Moto 360 next to the Pebble or the new range of Gear watches, Motorola’s effort would get our vote all the time.

Round is the most popular watch shape, so why not design a smartwatch with that very thought in mind?

With the Moto 360 battery life being of great interest and the lack of information regarding this, even in the video below, one would assume that the new Google Wear device would use kinetic charging, or maybe some sort of wireless charging feature. Whatever Motorola go with, surely it will not be a traditional battery because they are withholding this small, yet important detail from us?

For a greater understanding of Motorola’s Moto 360 please watch the video below.