Apple has made a huge impression in the smartwatch market, and so its rivals need to come up with something very special — something we feel Motorola has managed to achieve with their Moto 360 2. There have already been numerous leaks, and so the official details have now been released.

Moto 360 2 pre-orders have already started thanks to details now being made available, and it is not the competitive new Moto 360 pricing that has got people excited for its release, but rather the improvements made to its design and features. 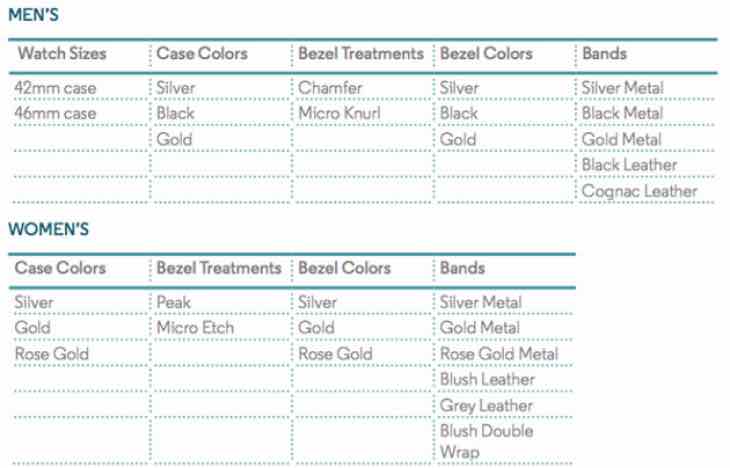 Availability of the Moto 360 2 will be from later this month, with prices starting at just $299. However, it is the options that we are interested in, as they cater for both men and women, something that rival smartwatches do not offer.

The new 2015 Moto 360 options for men and women are broken down into various categories; these are sizes, case colors, bezel treatments, bezel colors and bands. You can see details of all of those options in the image above.

If you would like a closer look, then check out the video we have embedded for you below.