If Motorola sticks with a yearly cycle, then we should expect the Moto 360 2 release in September, and so its announcement could come much sooner than that. While we have yet to see any launch details as yet, a new render has surfaced that shows what is said to be of the Moto 360 2nd-gen.

Not much to go on — The render does not really give us a lot to go on, although we do get some limited insight into its hardware, or more so its display.

One difference that we can see is with the bezel, as well as a rumored resolution of 360 x 360, which is a jump from the current 320 x 290. We cannot say that this is finalized, but we have no reason to believe why this would not be the resolution of the Moto 360 2nd generation model. 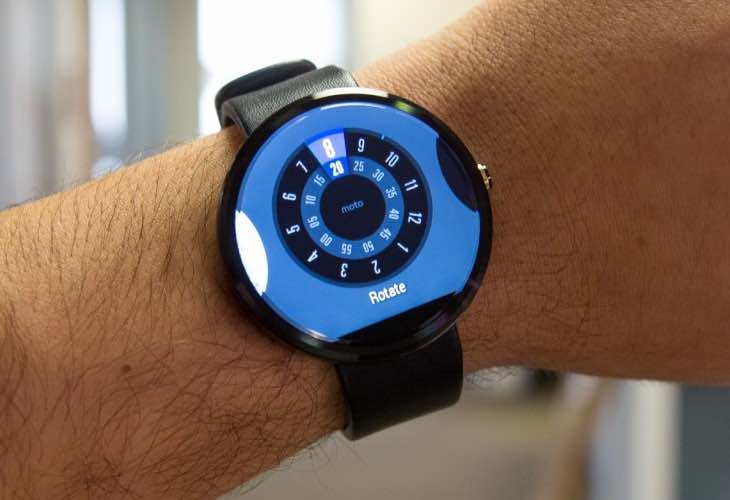 One reason why the resolution could be getting a bump is the Moto 60 2.0 may not have the dead zone at the bottom like seen on the current model, as well as the display drivers getting a bump as well.

Whatever happens, if Motorola wants to make a bigger impact on the smartwatch market, then it needs to make a few more changes besides its display. However, with the release of the Apple Watch this month the likes of Motorola and other smartphone makers now face a far tougher challenge.