The MUFC Vs LFC result is now finished, with Liverpool winning the game 3-1 over two legs. Now FIFA 16 fans are very excited to see if EA will offer a MOTM Sakho card for Ultimate Team after a standout performance.

EA are almost certain to offer at least one orange MOTM card for this game as they usually do for European games. It’s just a case of whether it is going to be MOTM card for Sakho or a MOTM Coutinho card who also had a great game and scored the decisive goal.

You can see from some of the replies to EA on Twitter that fans are expecting at least one card to go live at any moment. 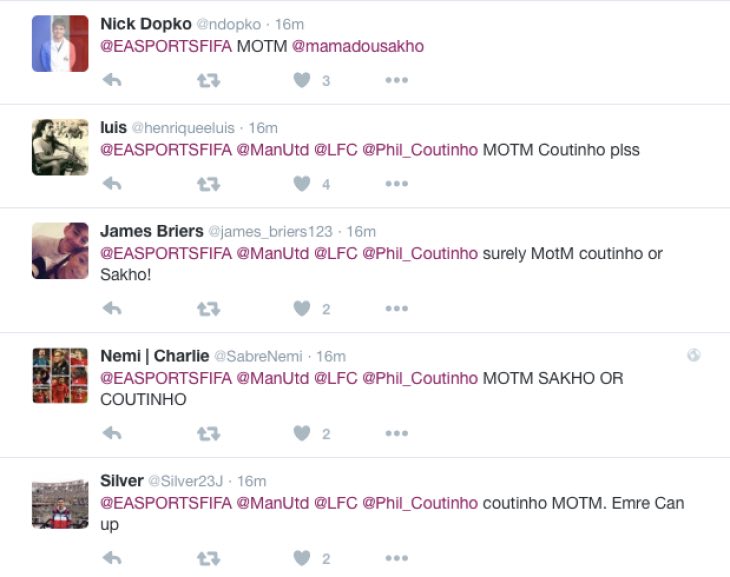 What will EA do – will you be angry if there isn’t a special card for either of these players? We can see that there’s also demands for Emre Can to get a FIFA 16 upgraded card, so we’ll have to see what happens.

Let us know your thoughts on this and what player from Liverpool you think will get one of those rare MOTM cards inside Ultimate Team packs.