The Liverpool Vs Bolton result is now in, with the Reds managing to escape with a 1-2 victory in the dying stages. They have playmaker Philippe Coutinho to thank for that and we can see that EA has already wasted no time in awarding the player with a MOTM Coutinho card in FIFA 15 FUT.

Even better, is that we can see that one player has already had some amazing luck to get this card inside a pack already – just hours after EA activated it into Gold packs.

The Coutinho MOTM stats on FUT boost the player up to an 82 overall rating, compared to the 81 card that he has in the game by default. 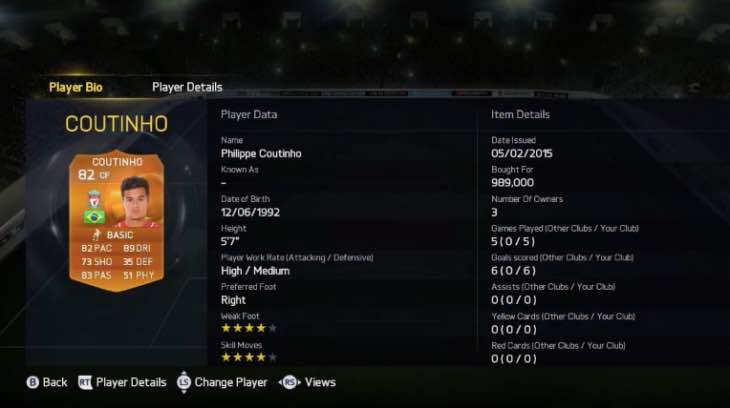 More importantly, Coutinho has even better dribbling skills with an 89 stat and much better shooting accuracy which is perhaps his weakest area.

It’s great to see EA acting so fast on this and also good to see that the odds are still decent on actually getting these new orange cards if you are lucky enough.

Watch the video below to see a live reaction of when the player received MOTM Coutinho in a pack and let us know what you think of the new stats – well deserved?