We have some exciting news to bring to Mortal Kombat X players now. Ed Boon has just effectively confirmed that the fan-favourite Pit stage will be coming to the game this week as DLC.

As most of you should be aware, NetherRealm has been teasing ‘big’ news for the game this week. Many players are expecting this to be the announcement of a Kombat Pack 2 DLC for Mortal Kombat X, but now we could also have the possibility of the developers releasing an ‘Encore’ DLC stage pack for MKX too.

We say this as Ed Boon as used the word Encore in his latest teaser as you can see below. More importantly though, pay attention to the image which shows off another image of the moon. 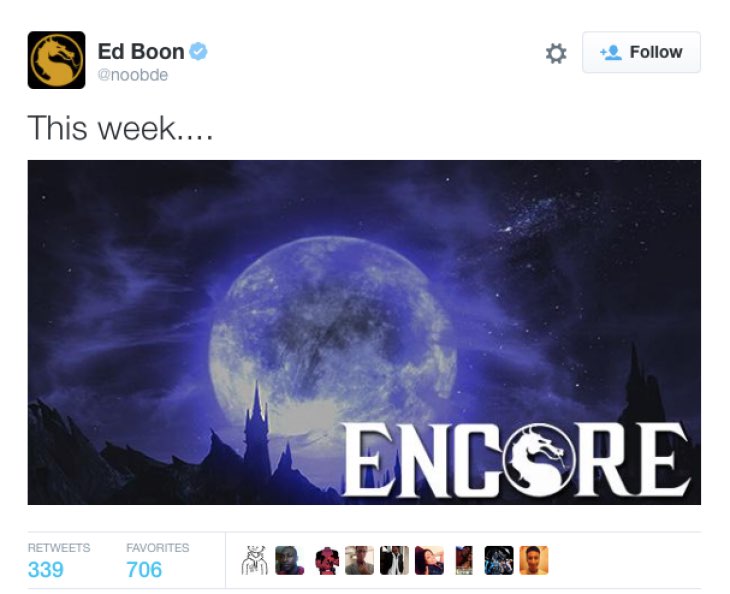 For those that haven’t figured it out yet, this is a cropped image of the Pit stage from Mortal Kombat 9. You can see the full image in its entirety below which shows that Boon is teasing the Pit coming to Mortal Kombat X.

The Pit has been featured in pretty much every single MK game, with players being able to knock opponents off the bridge to a nasty demise waiting for them below.

The question that needs to be asked now is whether the Pit will be joined by other classic stages from older games. The idea of having this Encore stage pack bundled in with a Kombat Pack 2 makes sense to us, since NetherRealm has to find a way to include extra content in the package if they are going to charge another $30 for it.

Enjoy the images here and give us your reaction to the news. Are you happy that the Pit is coming to MKX – what other stages would you choose if it is part of a four-stage classic pack?