With the continued success of Mortal Kombat X on next-gen platforms, it’s easy to forget that MKX for PS3 and Xbox 360 is still nowhere to be seen.

Gamers have been very frustrated with the surprise delay for the game since the next-gen launch, with nobody expecting to be kept waiting over four months with no clear sign on when the game will be coming.

Co-Creator Ed Boon recently gave the latest status on the missing last-gen versions, replying to one user on Twitter to only say that an update will be coming soon.

While obviously it isn’t the MKX PS3 and Xbox 360 release date that we all want to see, but at least it is something. 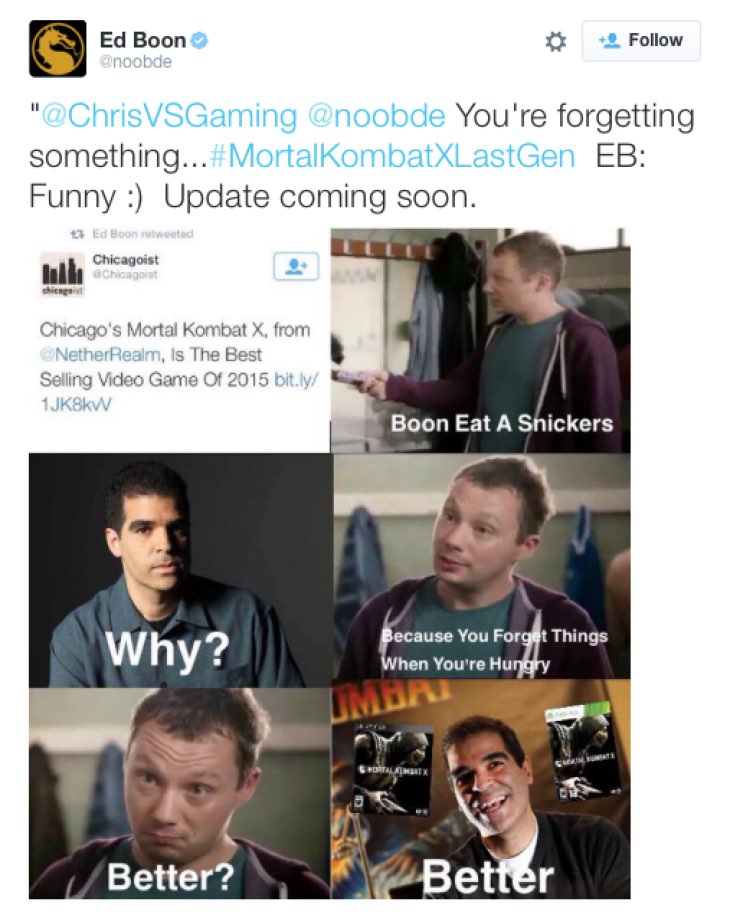 Hopefully Ed Boon’s update implies that something will be announced before the end of the month – there are rumors suggesting that August 31 may be the date but there’s nothing to back this up.

Either way, something has to give soon as the clock is ticking. Kombat Pack 2 or a last-gen release date, which is going to be announced first – perhaps even at the same time?

Give us your thoughts on the extended wait.