We told you that NetherRealm Studios were going to show off a new finishing move for Mortal Kombat X, and now we can tell you that it is going to be something completely new to the series.

Now, you’ll be able to witness a Quitality in Mortal Kombat X – an automatic finisher that will take place when your opponent decides to rage quit in frustration.

It had been a problem in MK9 and now, the developers have added this hilarious touch to MKX online – meaning that you bask in the glory of bad sportsmanship. 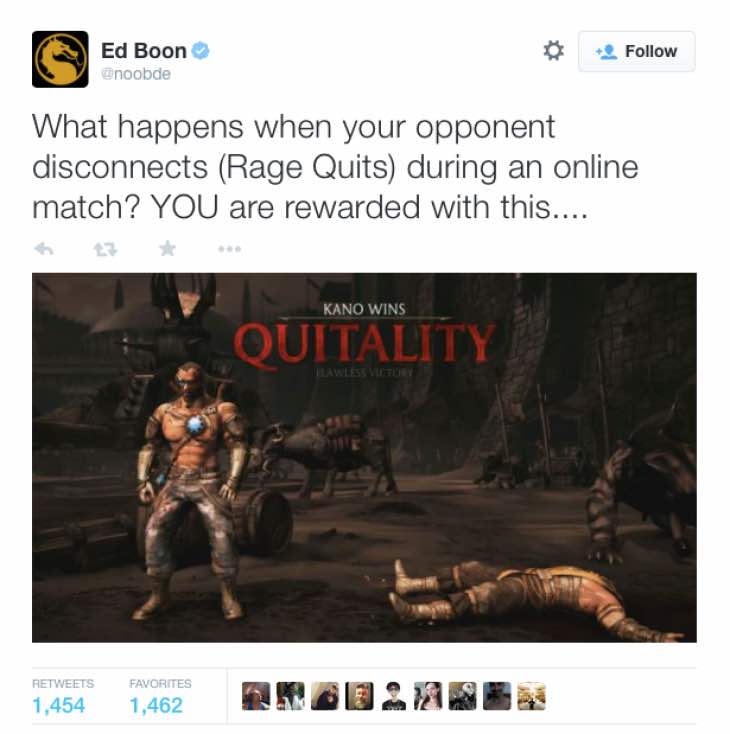 It also means of course that you can record these Quitalities in Mortal Kombat X, then share the clip to social media to broadcast these rage quitters to the entire MKX community.

We’ve added some gameplay below showing you how it will look in game – basically their head will just pop off at any point a player decides to rage quit on you.

What a fantastic idea by NetherRealm and one which we’re sure you’re going to have a lot of fun with – just remember to capture those screenshots as soon as possible!

Check out the footage below and let us know what you think of this addition by NRS.