It has been three months since the launch of Mortal Kombat X on next-gen and we have still had complete silence on what has happened to PS3 and Xbox 360 versions of the game.

As far as we’re aware, the last-gen versions have not been cancelled. Sony are still advertising the PS3 version on their PlayStation listing, while GameStop are still accepting orders for the Xbox 360 copy.

Warner Bros nor NetherRealm however have given fans an update on what is going on with the status of release. There are rumors that High Voltage Studios have been replaced by a different team for the last-gen port, but again there has been no substantial information to suggest it has happened. 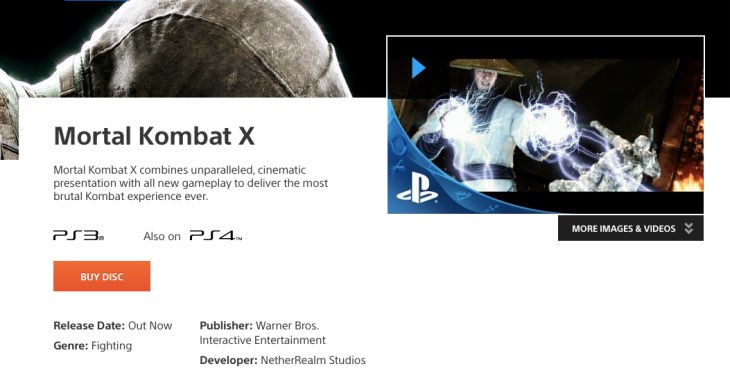 Due to the silence, we can see that fans are continuing to ask daily if MKX for PS3 and Xbox 360 is still coming out this year or if it has been cancelled.

Until we hear from the developer or Warner Bros, the mystery is going to continue into August. We’re now at a stage of course when the Kombat Pack content is finished too, so all eyes are on whether NRS focus will be on a Kombat Pack 2 for MKX next-gen versions until the end of the year to deliver four more new characters to the game.

As an Xbox 360 and PS3 owner reading this, do you agree that the silence is getting very strange since we have heard nothing for months?

Let us know if your demand for MKX on PS3 and Xbox 360 is still high, or if you are planning to move on and pursue other purchases.