While MKX owners have been having plenty of fun on PS4 and Xbox One, unfortunately the same cannot be said about the Mortal Kombat X PS3 and Xbox 360 release date which is still nowhere to be seen.

Since next-gen versions launched on April 14, we are coming up to three months since that point but there still is no confirmed launch date for previous-gen versions.

In case you didn’t know, the game is not being handled by NetherRealm but rather High Voltage Software who are handling the port.

That means they are obviously going to take longer than NetherRealm to get the game running, but don’t forget also try to move everything down to older hardware at an acceptable framerate. 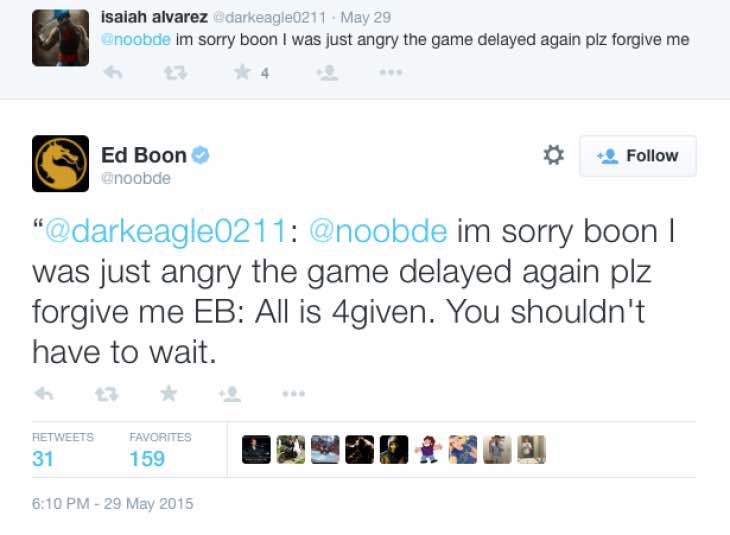 The PS3 and Xbox 360 is old hardware after all, but that hasn’t stopped the frustration from some users getting the better of them.

Take a look at Ed Boon’s reply to one user above, which was in response to an angry rant basically about why the MKX PS3 release date had been delayed.

Boon’s response of ‘You shouldn’t have to wait’ seems to imply that he also isn’t happy with the situation so hopefully the game is coming soon.

Are you patiently waiting for a PS3 or Xbox 360 copy with a next-gen upgrade out of the question for you? Give us your thoughts on the ongoing delay – are you worried that High Voltage Studios will do a bad job?