While next-gen owners are loving Mortal Kombat X and bracing themselves for the release of Predator this week, it’s still a very sad state of affairs on last-gen, with complete silence regarding MKX PS3 release date news from Warner Bros.

NetherRealm can’t really be blamed for this either. Warner Bros selected High Voltage Studios to deliver a port of the next-gen and PC version.

However, it looks like they have had serious problems getting it to run smoothly and now we’re in a situation where Warner Bros has remained silent on the status of the game.

The reason for this is that they don’t want gamers to cancel their pre-orders. However we can see that there has been some movement in the ship date of MKX for PS3, recently changing from June 2, 2015 to December 31, 2015 at many retailers. 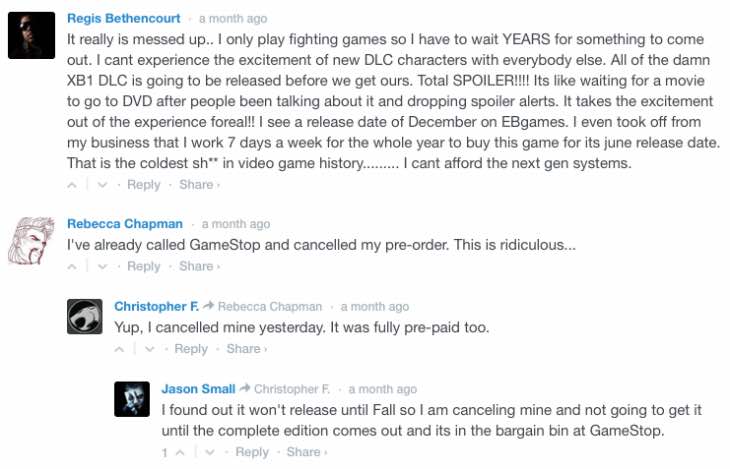 On top of this, GameStop employees have also told Kotaku that the game will be coming out this Fall instead – but why has this been kept a secret from paying customers?

We can see that some PR readers have already cancelled their pre-orders due to the silence, but the worst thing is the lack of communication from Warner Bros in our eyes.

If there’s a problem with the game, at least make it transparent so that gamers can make the decision on whether to wait or cancel.

It’s a shame as the game on PS4 and Xbox One is amazing, shown in the fact that the game is constantly on the top of the charts and has a very high rating on Metacritic right now.

Do you have Mortal Kombat X pre-ordered on PS3? Let us know if you have cancelled it, or are still waiting for official news from Warner Bros.

Do you agree that the silence is somewhat ridiculous?