Mortal Kombat X doesn’t launch officially until April 14, but unsurprisingly we can already see that some retailers are selling the game one week early.

Obviously it is down to the retailer to enforce street dates and if a hardcore fan receives their copy early – the temptation to play online will be too much to turn down for most. 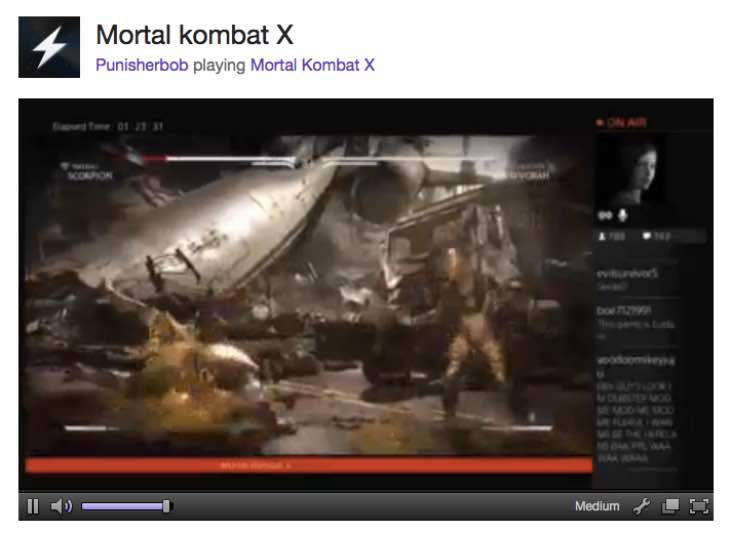 One prime example is “PunisherBob”, who’s streaming the game right now to the delight of the watching audience. We had a quick look and the player is currently playing through the game’s campaign mode.

The quality is not the best, but if you do want a sneak peek of the game ahead of next week’s launch, we suggest you take a look before it gets shut down.

There’s other streams too if you are willing to look. Let us know if you will resist the temptation yourself, or if you will check out some early live streams.

Either way, MKX looks amazing and we can’t wait to get our copy.