We told you that Mortal Kombat X developers NetherRealm Studios were holding another live stream event on Thursday. Now that is over and it looks like we have good evidence to suggest that the next new Mortal Kombat X character reveal could be Jax.

Screenshots have emerged, taken from the live stream that appear to show Jax and his robotic arms as one of the opponents in the classic tower mode.

You can see an image of that yourself below – we don’t think there’s any doubt that it isn’t Jax, as who else could it be with those arms?

On top of this, there’s reports suggesting that one of Cassie Cage’s opening lines at the start of the battle when facing Jax includes the words “Are you ok, Uncle Jax?” – remember that Cassie Cage is the daughter of Sonya Blade and Johnny Cage. 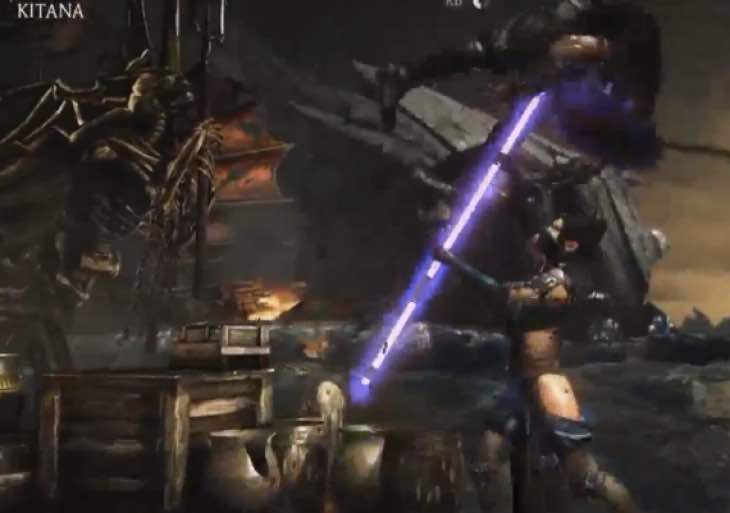 Meanwhile, Ed Boon has delivered some bad news in the form that Jade will not be returning as a playable character in Mortal Kombat X.

We’re not sure what the reason is for this, but we can tell you that Jade’s ‘spirit’ will live on through Kitana. Kitana’s second variation was revealed on Thursday and we can see that Kitana will now have the ability to throw Jade’s projectiles and also use her trademark stick as well.

That’s an interesting decision for sure, but we hope it doesn’t mean that Jade has been killed off for good – what are your thoughts on this given the fact that Kitana can now use her moves?

Check out gameplay showing Kitana’s 2nd variation below and let us know if you think the image below is definitely Jax.