Jason is finally available for Mortal Kombat X Kombat Pack owners. For those that don’t have the Kombat pack and are waiting for the general release on May 12, we have a heads-up for you with Jason’s Mortal Kombat X fatalities and brutalities gameplay.

The Friday the 13th horror icon is the first character out of four to be released from the Kombat Pack and there has been a massive build-up to his release.

Many gamers thought that Jason would be available at launch but at last you can now get to grips with the character and master Jason’s three MKX variations – Slasher, Relentless and Unstoppable. 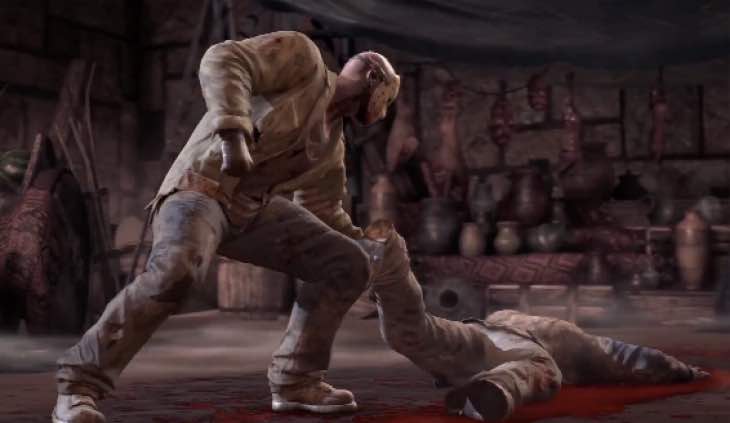 Jason will have a very interesting move set, mixing up various buff abilities, teleports and even a skill that can reverse your opponent’s control layout for a brief time.

Below is a video that showcases the Jason Vorhees fatality 1 and 2 in Mortal Kombat X, whilst also showing every brutality and his X-Ray too.

Some gamers think that the fatalities are a disappointment, but we personally love them. We can’t wait to see what NetherRealm can do with Predator next.

Check out the footage and let us know how you are getting on with learning Jason’s move list in MKX.