We know that a lot of Mortal Kombat X fans have been asking when NetherRealm Studios would be showing off Goro, the playable DLC character which everyone can get by pre-ordering the game.

Thankfully, we can now put you out of your misery as we have the important details that you need. NetherRealm Studios has revealed that they will be staging a Mortal Kombat X ‘All Access’ Stream event on April 4.

It will be taking place on Amazon’s Twitch channel and you will be able to tune in from 1pm to 6pm Pacific Time. For Eastern Time that means a starting time at 4pm and for our UK viewers that’s 8pm in the evening. 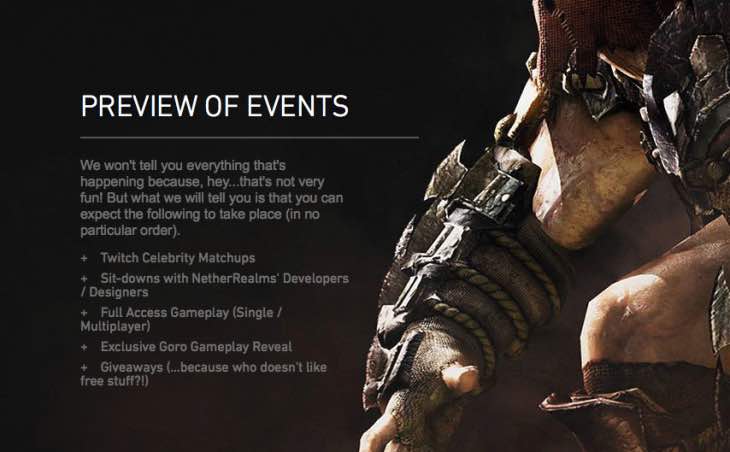 During this event, the world premiere reveal of Goro Mortal Kombat X gameplay will be unveiled, while NetherRealm Studios will also be showing gameplay for other characters too.

There will also be free giveaways for those that tune in, so it’s well worth tuning in this Saturday. Will Goro be worth the pre-order, or will he end up being a disappointment?

The only way to find out is to watch the stream live on Saturday. You can see a countdown that is now underway over at the Gorolives MKX site – we’re excited.