We know that the likes of Tanya, Predator and Tremor are officially on the way to Mortal Kombat X, while we’ve also spoken about a petition from fans who want to see Rain in MKX too.

However, we couldn’t notice that there’s also a growing demand for another character to be introduced at a later date too, that being Fujin who originally appeared in Mortal Kombat 4.

Fujin is the God of Wind and many of you have noted the fact that he already appears in the game’s story mode, as do many other characters who are not part of the main playable roster.

Ed Boon must be getting sick of the daily demands to put Fujin into the game, but once again he has had a bit of fun lately – replying to one user who showed him an apparent image claiming that Fujin is in the game. 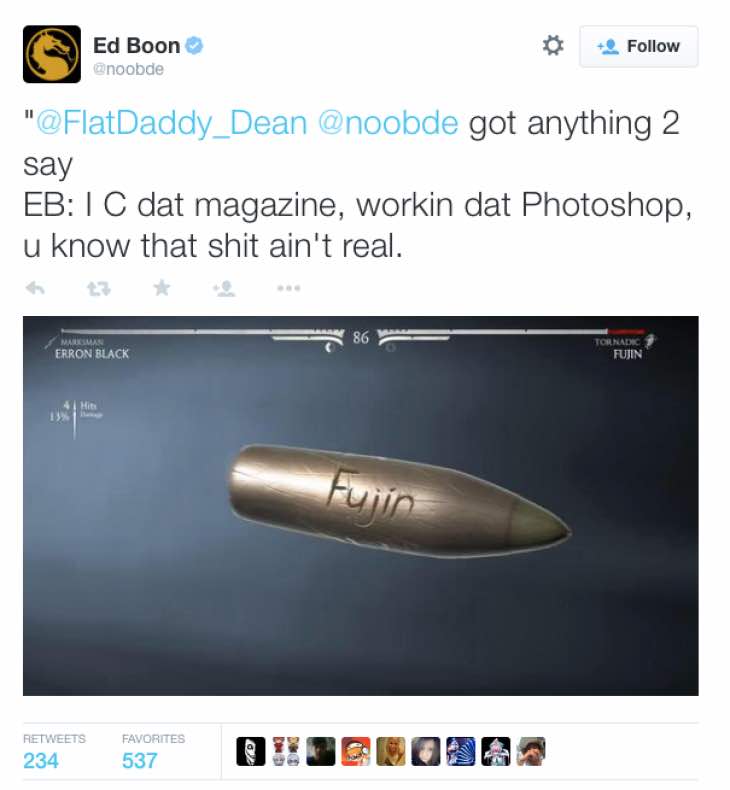 Boon simply alluded to the fact in plain terms that the image was fake and was a photoshop – obviously it was a decent effort though.

Given that Fujin is in the story mode though, there’s always the possibility that he could be added in future, perhaps even within the same pack along with Rain, Baraka and Sindel.

Would you like to see Fujin in Mortal Kombat X, or are you happy with the roster the way it is? Hopefully NetherRealm has some surprises in store for fans this Summer.