We have a welcome update to bring you now, on the status of MKX DLC character Tanya. Co-creator Ed Boon has Tweeted out recently, confirming that the female character will be available in early June.

There still has been no official Tanya MKX release date, so this will be information that is appreciated by MKX fans.

A fan asked for a heads-up on the character originally from Mortal Kombat 4 and Boon generously gave out the info that Tanya will be out at the start of June. 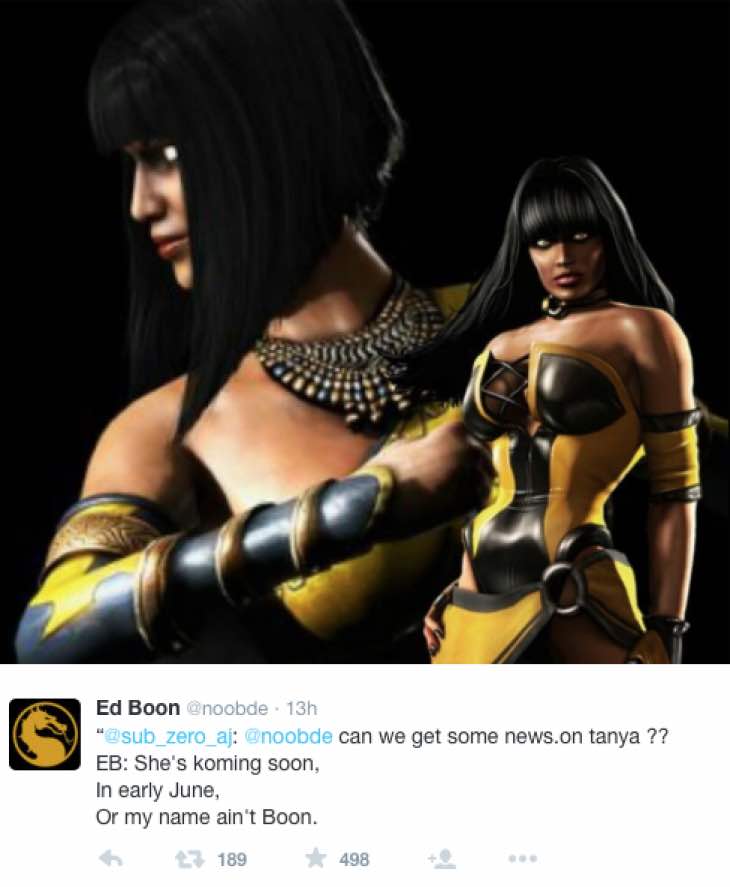 By now we’re sure most of you have got to grips with Jason so we say early June is the perfect time for the arrival of Kombat Pack DLC character 2.

Of course, Tanya is going to bridge the gap before a certain Predator arrives and we know a lot of you have only bought the Kombat Pack just to play as Predator.

Don’t forget, you can take a look at a modded version of Tanya in MKX gameplay here but now it shouldn’t be long at all until we get an official trailer.

Are you excited about the imminent release of Tanya?