At the start of January, we wrote about ongoing rumors suggesting that the mighty Predator could be coming to Mortal Kombat X as a DLC character.

Not only Predator, but Jason as well with both being big requests from the community after NetherRealm put Freddy Krueger into MK9.

Our article even attracted the attention of co-creator Ed Boon, without obviously answering the rumors on whether both were really coming or not. 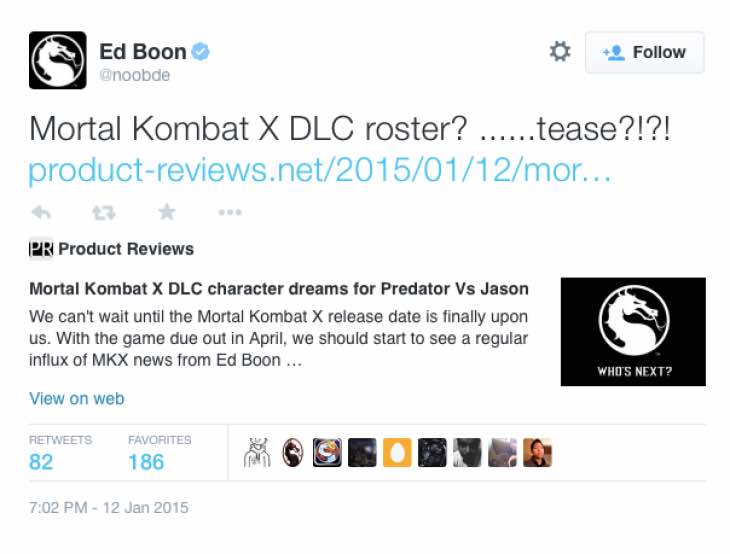 Skip forward to this week and we are again hearing strong rumors suggesting that Predator is on the way. Not only that, but an article published by Videogamer claims that Dillon from Predator is coming too and that Carl Weathers, the actor who played him will lend his likeness to the game too.

If the rumor is true, that would be absolutely amazing. Predator and Dillon in Mortal Kombat X together would be fantastic, although ideally we need Dutch played by Arnold Schwarzenegger for the full experience!

The target release for both characters is Summer according to the report above, but obviously we’ll need to wait for confirmation from Warner Bros before we get excited.

Assuming it’s true, give us your reaction below – are you now sold on Mortal Kombat X?