We know that everybody is currently waiting for NetherRealm Studios to put everyone out of their misery and finally confirm the next Mortal Kombat X character announcement.

Ed Boon has been enjoying teasing fans about the next character on Twitter, but now we may have some solid clues to suggest that Kenshi will inevitably be part of the Mortal Kombat X roster.

Kenshi was a DLC character for Mortal Kombat 9 of course, arguably one of the best characters in the entire game in our opinion with his different move set. 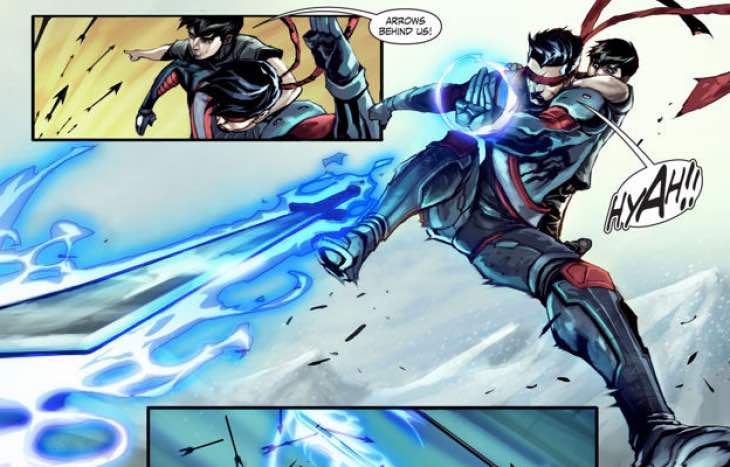 Now, we can tell you that DC Comics have just launched the official Mortal Kombat X comic issue 1 and one of the main characters featured is Kenshi.

So far, we haven’t heard a confirmation that Kenshi is definitely coming to the game, but considering that the comic serves as a prequel to the upcoming game in April – we would like to think that Kenshi plays a significant part in the Mortal Kombat X storyline.

That means that he should theoretically be up for inclusion as a main character too, not a Mortal Kombat X DLC character this time. If you haven’t checked out the comic yet, make sure you do over at DC’s website – it only costs $0.99, a real bargain.

The comic is also going to reveal the origins of some of the new characters to debut in Mortal Kombat, such as Cassie Cage and Kotal Kahn, so it is well worth a read.

Would you be pleased if Kenshi is the next MKX character announcement? Let us know if you have bought the comic and your thoughts on it below.