Slowly but surely, we are counting down to the full Mortal Kombat X roster list, with NetherRealm Studios boss Ed Boon teasing fans about the fact that there are still plenty of unreleased character announcements coming, with space for a total of 24 slots.

Now, we know that the latest character to fill a slot is going to be sorcerer Quan Chi, who looks incredible in the new game. NetherRealm has released another of their character introduction trailers, showing Quan Chi’s moves in Mortal Kombat X and also a very brief glimpse of a Quan Chi Mortal Kombat X fatality too.

What we wanted to talk about though, is the fact that there are 24 slots total and presumably more to come if we don’t include DLC characters. Goro is going to take up one of these slots, but if you look carefully at the image below, you can gain some clues at least on who else is going to be coming. 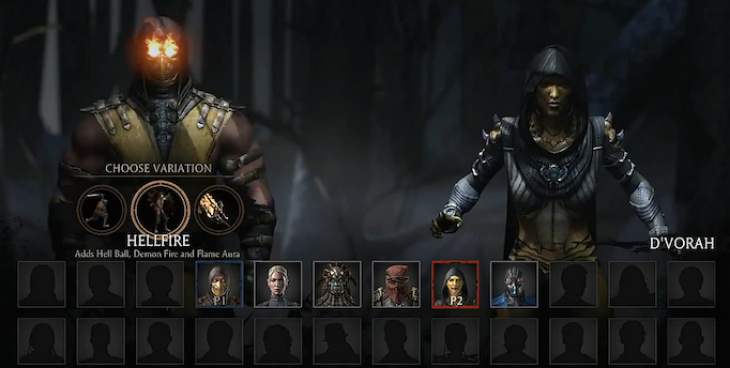 For example, the silhouette below Kotal Kahn could be an indication that Kung Lao is going to be included in Mortal Kombat X. The character below D’Vorah could be one of the cyborgs as well or another robotic type character, so perhaps it’s something for fans to work on.

Above is Ed Boon’s tease about the character list, which presumably will continue to be revealed at a gradual pace in the run-up to the April launch next year.

What characters can you already predict, based on the clues above? Enjoy Quan Chi’s gameplay video which we have also included below for you.