NetherRealm has kept fans waiting anxiety for news on the Mortal Kombat X Kombat Pack 2 DLC which most believe is still coming towards the end of the year adding new characters to the smash hit title.

Now this week, we have some rumors to share albeit thin ones as speculation is mounting that the Alien could be one of the guest characters to appear.

Having the Xenomorph in MKX would of course mean that players would get to battle it out with Alien Vs Predator in Mortal Kombat X making for a truly epic match-up within the MK Universe. 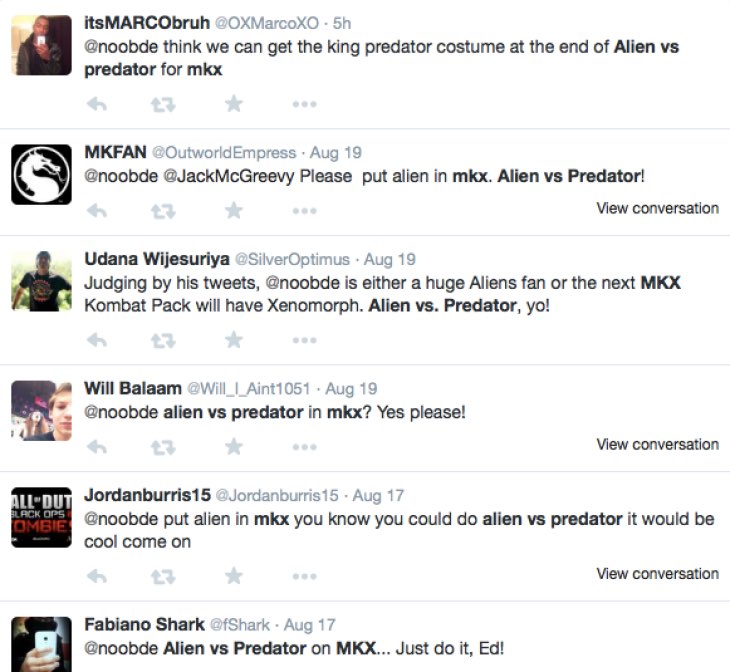 Above is some feedback following on from the persistent Alien in MKX rumors, while Ed Boon himself has been replying to pictures from fans this week which tease Alien possibly coming to the game.

As expected Ed is giving nothing away, but at the same time he doesn’t completely close off the rumor which is his usual style – thus adding to the hype even more.

What do you think about having the Alien as a DLC character in MKX though, would you welcome this as a preference to say Spawn?

Nothing is guaranteed yet but it is nice that we at least can talk about these rumors until official news arrives on the Kombat Pack 2.

We’ve added a video below which collates the Alien rumors in the game. Watch that then tell who you want to see added in Kombat Pack 2.