The Mortal Kombat X 1.09 update is now live on PS4 and counts as the second patch for this platform within September, 2015. You can see the first download in this article with full 1.08 patch notes, although the Mortal Kombat X update today on PS4 is featured within a screenshot below that’s found after clicking the “Update History” on PS4.

These aren’t the full MKX 1.09 patch notes for all platforms, but rather the simplified update notes on PS4 after installing this patch. They mainly detail a fix for Carl Weathers, AKA JAX, Character Balance Pass, and bug fixes. The full list of bug fixes isn’t detailed on the PS4, but you can see them further down on this page. 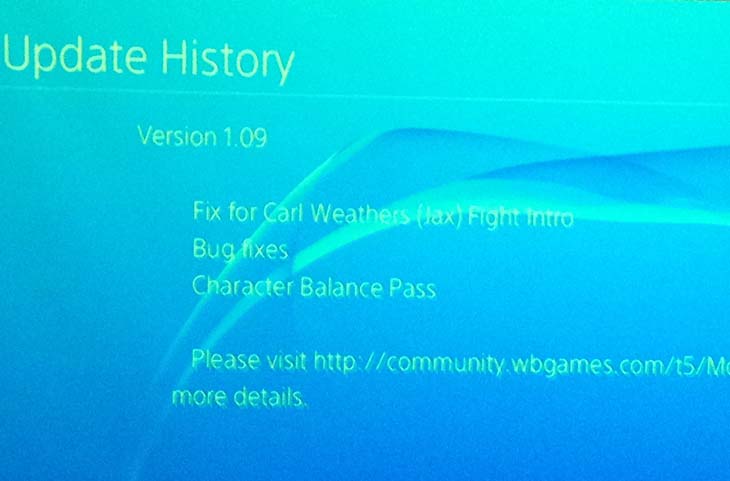 We have included the list of changes in with the Mortal Kombat X 1.09 update below, which detail changes and fixes by character. Tremor, Tanya, Takeda, Shinnok, Reptile, Quan Chi, Predator, Kano, Johnny Cage, Jax, Jacqui, Goro, Ermac, and D’Vorah all received adjustments in this update. 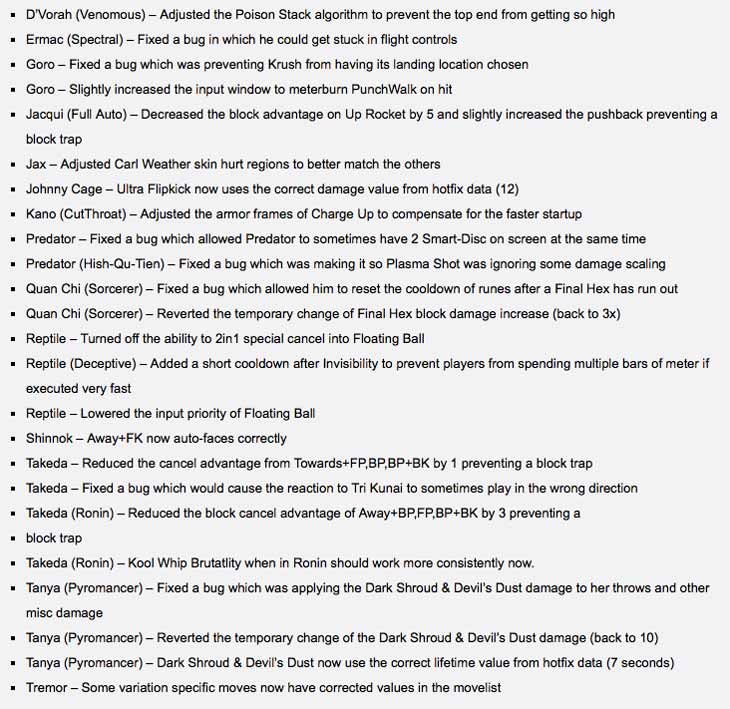 Let us know if you were happy with the latest Mortal Kombat X update and if not, what else needed to change?