Following on from our previous report which told you that some gamers had received their copy of MKX early, we now have confirmation that there’s a Day One Mortal Kombat X 1.01 update for PS4 and Xbox One.

The MKX day one update is 1.8GB in size and we can now bring you a heads-up on the notes so you can see what NetherRealm has tweaked compared to their pre-release build.

We even have a screenshot of the Mortal Kombat 1.01 patch notes as they appear on the PS4, confirming that an 1.8GB MKX update has already gone out before launch. 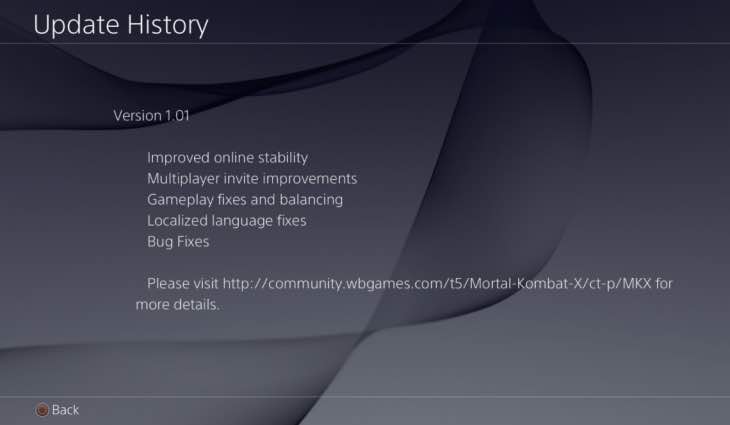 As you can see, it includes some balance changes to gameplay, meaning that NetherRealm has seen something that they may think is overpowering and have issued a fix before the masses get their hands on the game.

NetherRealm has also managed to improve the ‘online stability’ of the game, so hopefully this little change will ensure that there will be minimum connection problems when matchmaking.

Take a look at the notes and let us know what you think. We’re obviously surprised to see some people with the game one week early.

For those that are playing now though, please let us know any changes you have spotted with the Day One MKX update.