With NetherRealm Studio’s highly anticipated Mortal Kombat reboot fastly approaching, we thought we would ask you hardcore fighting fans for your opinions on the game, in the form of a poll against Capcom’s mighty Street Fighter games. Which franchise is better in your opinion?

This is of course the ultimate question, one which is sure to divide many over whether the Street Fighter games are simply the best fighting games in history, or if the more violent Mortal Kombat series satisfy you more.

If you like video games and grew up during the 90s, there is a very high possibility that Street Fighter II and Mortal Kombat 2 and 3 arcade machines were the highlight of many gaming arcades around the world, well they definitely were when I grew up anyway. 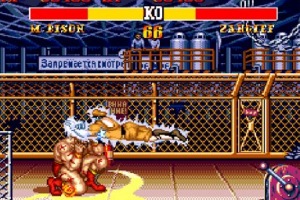 I specifically remember crowds and crowds of people queuing up to play Street Fighter II Championship Edition, and then you also had some arcade machines which had been modded so when Ryu threw a fireball, about 10 appeared on screen. It was more of the same thing for Mortal Kombat 3 in the arcades as well, as I used to remember people crowding round watching this one guy perfoming Cyrax’s shark animality on screen much to the delight of everyone watching.

Enough about my experiences though, what are your fond memories of both games? Could you possibly pick between either of them – it’s a tough call we admit. Nowadays it’s all about Street Fighter IV as that has set the benchmark but the arrival of a fresh Mortal Kombat, back in glorious 2D could shake things up nicely. We’ve created a poll below for you to vote on this, and I particularly can’t wait to see the results of it.

So let’s have it out fighting fans – Street Fighter or Mortal Kombat?