If you consider yourself to be a fighting game fanatic, it’s fair to say that you have been treated to three of the finest titles in Marvel Vs Capcom 3, Street Fighter IV and Mortal Kombat, all of which have released in one format or another in the space of a year.

Putting Marvel Vs Capcom 3 aside, we want to know which game gets your vote as the best of 2011 with regards to MK and SFIV as we believe they are ahead of MvC3 in terms of popularity and replayability. Many of you will feel that comparisons between the two are pointless as Street Fighter IV is the dominant fighter hands down, but those who have played the Mortal Kombat reboot won’t agree, as we can also concede that the new Mortal Kombat game is a classic trip down memory lane that we’re loving so far.

In terms of gameplay, opinions are going to be divided as both titles are obviously built on different engines and offer a unique fighting experience relevant to each respective franchise. In terms of which title is the more hardcore, you may argue that Street Fighter IV is the winner here, as it’s a game which is regularly at the centerpoint of tournaments around the world – EVO being a prime example. However, we heard recently that co-creator for the game Ed Boon is trying to get Mortal Kombat entered into future EVO tournaments, and we wouldn’t argue with their decision as the game does feature a pretty complex combo system, although definitely not as technical as the system featured in Street Fighter IV. Simple combos can be executed by pressing the same button three times in MK, but this isn’t possible in Street Fighter IV so we’d have to say that SFIV wins in this aspect.

If you are comparing one fighting game to another, then another aspect that has to be looked at in great detail is the online multiplayer mode. Once again, we have to say that Street Fighter IV has the superior online mode compared to MK, as the sync and lag problems in MK are pretty frequent, although we are pleased to see that NetherRealm Studios are improving on this aspect with every patch update for the game, so hopefully online mode will no longer be the weakest link of the game on an overall perspective.

Whether you enjoy throwing out hadoukens as Ryu or performing Scorpion’s harpoon move on MK, gameplay comparisons and arguments are always going to be debated on which is best so we can’t really come to a conclusion on this aspect. However, we’re looking forward to hearing what you have to say about both titles, as we’re sure a lot of you own a copy of both Street Fighter IV and MK so you’re a in a position to give a good conclusion on both.

Is Street Fighter IV still the premium console fighter in your opinion, or has the recent release of Mortal Kombat changed your mind? 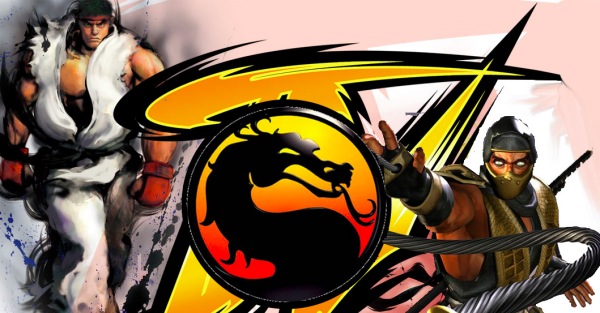