If you are a PS Vita owner and are still hungry for more new games, don’t forget that there is still the little matter of the Mortal Kombat port that will be making its way on to Sony’s new handheld in April.

NetherRealm Studios has just shown off the latest footage for the game and if you were previously not interested in picking this up, the new gameplay should provide you with all you need. We’ve told you before that the Vita version will feature brand new game modes suited for the Vita’s touchscreen, and now we have been given a much closer look at this thanks to the new footage.

In a clip which is reminiscent of a certain Fruit Ninja game on iOS, there will actually be an aspect of gameplay which will see you chopping up what looks to be various body parts by quickly swiping them as they appear on the screen. We can also see three bomb icons, so the obvious idea here will be to swipe the body parts as quickly as possible, avoiding the bombs as you go to rack up the best score.

The gameplay also reveals some further incentives that the Vita version will get which didn’t feature on the Xbox 360 or PS3 version. The most obvious comes at the end of the clip as you can see that Shao Kahn is a playable character, you can even perform fatalities by using touch commands as well if you prefer – a tad gimmicky, but a nice addition nevertheless.

Here’s what you may miss though if you just watch the trailer from start to finish. The Vita version also appears to bring some exclusive costumes for some of the characters as well. Pause at 0.23 and you’ll see a brand new costume for Kenshi which isn’t currently available on console. Perhaps more exciting for MK veterans, if you watch closely you’ll also see that NetherRealm Studios has teased classic MK3 costumes for Ermac and Rain, which look particularly awesome in our opinion. 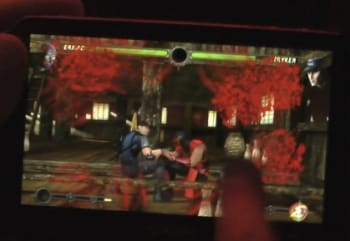 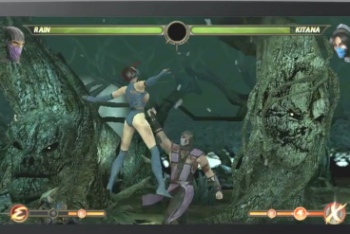 There may still be some debate whether console MK players need to pay extra for this Vita version since it is largely the same, but you definitely cannot fault NetherRealm Studios for trying to make the Vita game as unique as possible. All the DLC content included, brand new touchscreen features, 150 new challenge tower missions with support for DLC characters, playable Shao Kahn and even more costumes – need we say more? If you haven’t played the console version of Mortal Kombat but have a PS Vita, there really isn’t any excuse why you shouldn’t pick this up.

If NetherRealm Studios really wanted to maximize profits, introducing a discount for those who already own the console version would be a lovely gesture – just a thought there. Check out the trailer below and let us know your thoughts on the unique features seen on Vita. After the disappointing affair surrounding DLC for Street Fighter X Tekken, this has definitely put a smile on our faces.