We have a treat for Mortal Kombat fans now, as some brand new screenshots for the upcoming game have found their way onto the internet, and they reveal the inclusion of two brand new characters into the game.

The images come to us courtesy of Spanish site NicaGamerz and it confirms that both Sindel and Ermac will be playable characters in the game – hooray. You may have heard about Ermac before thanks to previous leaks, but this is the first time we’ve seen what his model looks like and boy does he look good. 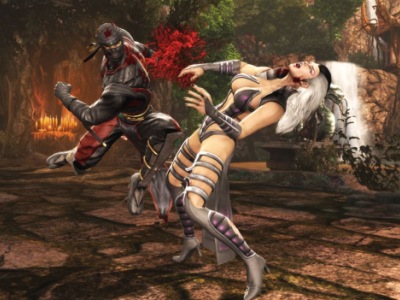 Sindel’s model is rather different from her outings in the old MK games, but you’ll see that she still has her fire breathing capabilities amongst other things – will she be able to fly this time around?

Jax wouldn’t be Jax without his trusty partner Sonya Blade, and the new screenshots also give you a look at how these characters are shaping up. We already knew about Sonya thanks to an old leak which we told you about here.

What are your thoughts on the addition of Ermac? He’s generally one of the cult favorites that everyone seems to like, I know that I had a blast using him back in Mortal Kombat trilogy.