We have some exciting news for Mortal Kombat fans, especially if you happen to own the Xbox 360 version of the game. For months now, MK owners on the Xbox 360 have seemingly been overlooked with exclusive content of their own compared to the PS3 version, but that could all change if Gears of War producer Cliff Blezinski has his way.

During an interesting Twitter exchange between Mortal Kombat co-creator Ed Boon and some of his followers, Boon was asked the direct question on which character would he have wanted to see in Mortal Kombat, if the Xbox 360 received an exclusive character like the PS3 did with Kratos:

Here is his revealing reply: ”I wudda wanted Marcus Fenix from Gears”

Now insert a surprise return Tweet by Blezinski in reply to Boon’s message:

”Hit me up about that”

We think most Mortal Kombat owners would agree that it still isn’t too late to introduce some new DLC characters into the game, and Marcus Fenix for the Xbox 360 would certainly go down a treat in our opinion. Having said that, there may be some sort of exclusive deal between Warner Bros and Sony in place that we’re not aware of, so this may not be a possibility anytime soon. 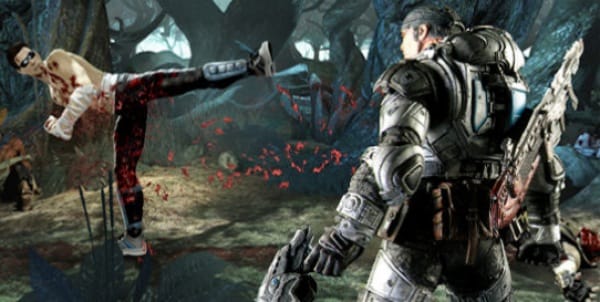 Judging by the nature of Blezinski’s reply, it’s pleasing to see that he too seems really excited about the fact of having a Gears of War character featured in Mortal Kombat, so we definitely can’t rule it out. Naturally, Xbox 360 owners will be delighted with this information, but we’re interested to hear what the neutral ‘hardcore’ Mortal Kombat fans thinks about Marcus Fenix joining the roster.

Is he a good fit in the game or not?