Following on from our previous report, which confirmed the availability of a couple of special editions for the highly anticipated Mortal Kombat title due to hit consoles in April, we now have some new pictures of the goodies on offer for you to take a look at.

If you are planning to spend a bit more cash to pick up the games, then you will want to know exactly what it is you’re getting, and these pictures we’ve seen over at Realm of Gaming gives you a solid idea.

We don’t have pricing details for the Kollector’s and Tournament Editions of the game yet, but we can tell you that the extra goodies are pretty worthwhile. You’ll get a portion of DLC for each version, DLC which will bring you an unlockable ‘Klassic’ character skin for the game. However, we’re not sure if the DLC you get in the special editions, is the same you’ll get when you pre-order from the likes of Best Buy, Amazon or GameStop – who will be offering retro versions of Sub Zero, Reptile and Scorpion respectively. 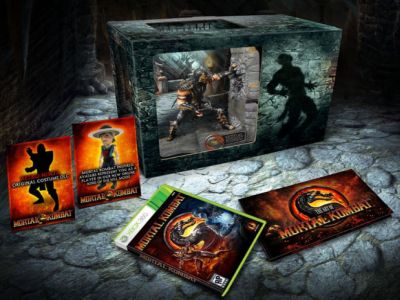 Unlike other special editions of games, Warner Bros have presented gamers with an interesting decision to make. The Kollector’s edition comes with some pretty cool-looking Sub Zero and Scorpion figurines, but the Tournament edition comes with a limited edition arcade fighting stick, which looks fantastic as well. However, there are only 20,000 sticks to be had in North America though, so they are going to get snapped up pretty quick. 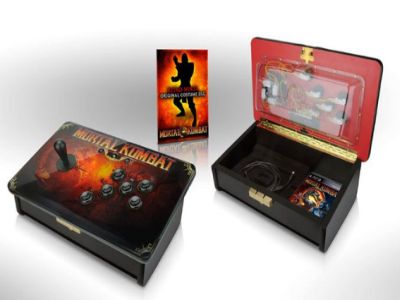 Which edition are you going to choose? For those of you who have picked up a fighting stick for Street Fighter IV, we want to know your thoughts on them. Does the stick really enhance gameplay compared to a Xbox 360 or PS3 pad? Let us know if you are considering paying the extra money to get hold of a Mortal Kombat Tournament Edition or not.