If you have a copy of Mortal Kombat on either the Xbox 360 or PS3, there’s a very good chance that you are eagerly awaiting the arrival of the latest DLC character to be added to the game – none other than Freddy Krueger.

Despite already been given a debut trailer by NetherRealm Studios, Freddy has just received a brand new trailer for you to watch, although this one explains how he stumbled across the Mortal Kombat universe on his dastardly travels.

Apparently, Shao Kahn has somehow managed to drag Freddy into the real world from his usual ‘dream world’ meaning that he is now a mortal soul and unable to steal the dreams of humans sleeping at night. His mission now is to kill Shao Kahn so that he can return to his dream world and continue his day-to-day killing spree duties on Elm Street – as one does. 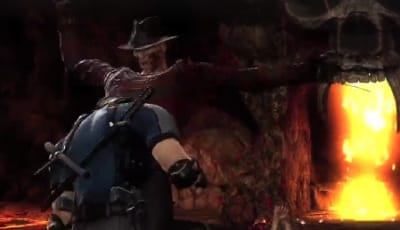 Sounds believable doesn’t it? But who cares – Freddy is in Mortal Kombat and it looks like he’s here to stay. We can’t wait to try him out for ourselves, and the good news is that he will be releasing on the Xbox 360 and PS3 sometime tomorrow on Tuesday 9th August. No set arrival time unfortunately, so stay tuned to Ed Boon’s Twitter account or keep refreshing the PlayStation Store in your respective region.

Aside from the new story mode elements to Freddy’s arrival, the trailer also gives you a chance to see some brand new gameplay and cutscenes for Freddy as well, so if you are still on the fence as to whether to pay $5 for him – watching this trailer will give you a good idea on if it’s worth it or not. Don’t forget that you’ll also get another free compatibility pack as well. Pack number four will add two alternate costumes for Sub Zero, and Cyber Sub Zero, one of which is the Klassic ninja version of Sub Zero from Mortal Kombat 3 – there was us thinking that NetherRealm Studios had forgot about him. 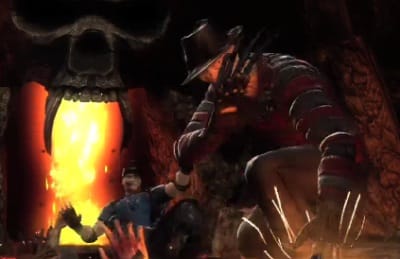 Will you be buying the Freddy Krueger DLC for Mortal Kombat tomorrow or not? Watch the trailer below thanks to CVG.