We have only just finished telling you about the brutal new combo videos for Mortal Kombat 9 showcasing the talents of Noob Saibot and Liu Kang, but now we have some disappointing news to bring you, and it involves our readers in the UK.

As confirmed over at VG247, Warner Bros has just revealed in the last few hours that the game will be delayed for consumers in the UK. The Mortal Kombat reboot was originally expected to release on April 18th, but that has now been put back to April 21st, affecting both the Xbox 360 and PS3 versions of the game.

As for those of you in the US, you can breath a sigh of relief as the release is unaffected in your area – the game will still be hitting stores on April 19th. So much for UK gamers relishing the prospect of receiving a major game release before the US, a rarity in today’s gaming industry. 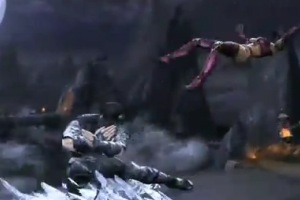 What are your thoughts on the delay? If you’re in the UK reading this, we’re pretty sure you’re disappointed about the delay, but at least it’s only a few days. To cheer you up, we’ve included the Kratos Trailer below, as well as another look at how the new X-Ray system will work in the game, enjoy.